On many projects, pile testing is often only factored in when something goes wrong and can be considered a burden by both designers and contractors. However, we see pile testing as an opportunity, which just requires a professional approach in order to provide all the benefits your project deserves.

Our experience shows that in order to really reap the benefits, a pile testing strategy should be established from the beginning when the piles are being designed or during construction to make sure the piles are compliant with the specification.

Our vision is that once professionally implemented and combined, static and dynamic tests always provide an economical benefit to projects.

Static load tests are used to measure the way in which a pile behaves under an applied load. A static, constant load (increasing in steps) is applied to the pile slowly and at a low strain and the displacement are measured.

The benefits of Static Load Tests 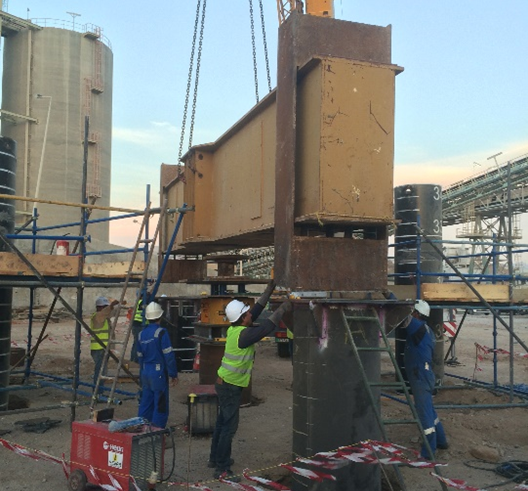 It’s due to this slower, more precise process, that static load tests are considered to provide the most accurate results when measuring pile bearing capacities and settlement or uplift of the pile after driving.

Once you’ve received the results of the static load tests, they can be used to confidently verify calculations used in the design of the project’s deep foundations and to refine design parameters and assumptions.

Another benefit of a static load test is it can be carried out in all soil conditions and on all pile types and if necessary, tension and lateral testing is also possible.

One of the main issues with a static load test is setting it up. It’s a heavy duty job and it’s because of the complexity, longer test times and the amount of equipment required, that static tests do also come at a cost. On many projects, keeping project costs down is often a priority so they may not be seen as the best option. 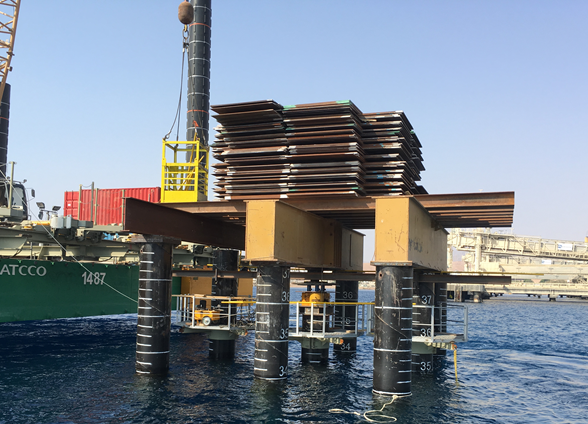 Finally, in some cases, the transportation of the static load can be difficult and a lot of space is often required in order to install the reference beams and reaction piles. So it’s common to consider alternative options especially for sites where a large number of piles requires testing (industrial plants for example) or located nearshore (jetties) or offshore (oil & gas platforms or wind farms).

Dynamic load tests monitor the response of a pile when it’s subjected to repetitive blows by a hammer (a mass dropping) at the pile head. A compressive wave travels down the pile and causes it to advance in the soil. It is because of the repeated blows that the pile is jacked into the soil and to allow this, at each blow, the pile axial capacity shall be overcome. This means, the pile is actually like tested to failure at each blow.

Sensors, normally installed at the pile top, monitor the wave and record the results. Once the main compressive wave travelling down in the pile reaches the portion of pile which is in the ground, the interaction with the soil (along the shaft and at the base) causes part of this wave to be reflected back towards the pile head. A series of backward travelling, reflected stress waves is thus generated even from the pile base. All these waves travel up to the pile head and are recorded one after the other by our sensors.

It is by the analysis of those waves and by comparison with the original impact wave that we can “sense” the pile-soil interaction and back-calculate the pile axial capacity with numerical methods.

Compared to a static load test, dynamic load tests are significantly cheaper and quicker to carry out. For example, when driving a steel pile, no additional equipment like beams, anchor piles or heavy ballast weights are required.

A dynamic load test can also be carried out during and at the end of installation and they’re much quicker to perform – often taking less than half an hour. The results are usually ready quicker too. Depending on the type of piles, the complexity of the test and team organization (more people can test and interpret in parallel), results can be available in between 6 and 48 hours.

Finally, for offshore projects, an dynamic load tests are really the only viable option. 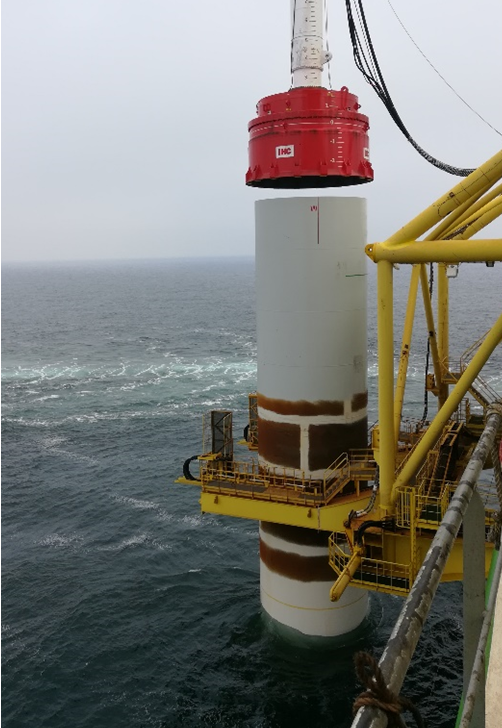 The benefits of both

In practice, it’s quite common for contractors to use both dynamic and static tests. While dynamic load tests can be used to estimate pile capacity and pile integrity on test and production piles, according to main international Standards they need to be calibrated against a static test. By combining both dynamic and static load tests for each type of soil and pile it’s possible to calibrate the results. This is required mostly to ascertain the quality of the sensors and the acquisition/interpretation procedure rather than to prove the capacity of dynamic tests to estimate the right axial capacity.

Another benefit of using both a static and dynamic test is Eurocode 7 allows for a reduction in design partial factors, if dynamic load tests are carried out together with a static test for each type of soil and pile.

Deep foundation testing specialists like G-Octopus are experts at setting up and carrying out both dynamic and static load tests. With all of the best equipment, they aim to ensure no time is lost by preparing the pile, carrying out the test and analysing the results. Plus if a retest is needed, they can make sure the impact to your project is minimal.

So if your project requires piles to be tested, onshore, nearshore, offshore or underwater, contact the team today to find out how they can help or, for more information, why not listen to our webinar.