Calais Port is a flagship port in France welcoming over 10 million passengers, 2 million heavy goods vehicles and 41.5 million tonnes of cargo. This makes it the largest port in France for passenger transport, the fourth port for the transport of goods as well as the second largest Roll on-Roll off port in Europe. The G-Octopus team was hired by Groupement Constructeur Calais Port 2015 to provide Pile Driving Monitoring (PDM) and Pile Dynamic Testing on deep foundations at the port.

G-Octopus was requested to control the pile bearing capacities of the first piles of the project and establish pile driving criteria for the remaining piles to be installed, for different types of piles, both on land and at sea at the Calais site.
This followed a previous pile testing campaign also performed by G-Octopus which allowed our client to avoid pile extension because the initial driving criteria were not met during the piles’ installation. The instrumentation and associated engineering analyses allowed us to establish the site specific dynamic soil models and adjust the driving criteria to meet the required pile capacities, avoiding delays and additional costs.

The project was set up into three separate PDM campaigns.

The installation of foundation piles:

For each of the three pile geometries (tubular, single and double H piles) and taking into account the hammer and the soil parameters, we carried out analyses using the soil data and pile geometries received to gather a prediction of the soil resistance to pile driving and to establish pile bearing capacities.

We also drew on feedback from the previous campaign in the port in 2017 and accounted for this in the predictions.

Next, we carried out on-site tests on each of the three pile types which included pile driving instrumentations – during continuous driving and during restrike tests. Then, based on pile monitoring data, the predictions were re-assessed and adjusted to the new pile geometries and to account for new hammers.

Using the quality data collected on the instrumented piles, we provided signal matching analyses using CAPWAP® software. This analysis consisted of iteratively modifying the soil model until the calculated reflected wave coincided with the measured reflected wave. The result is a soil model representative of the soil behaviour. From this model, we defined the static bearing capacity of the piles at the time of the test and a dynamic soil model representative of the hammer / pile / soil system considered. For each pile type this allowed us to draw the driving criteria which had to be met at the end of drive in order to guarantee the required pile capacities. This meant the contractor could avoid pile extension and as a result, also avoid delays and additional costs to the project. 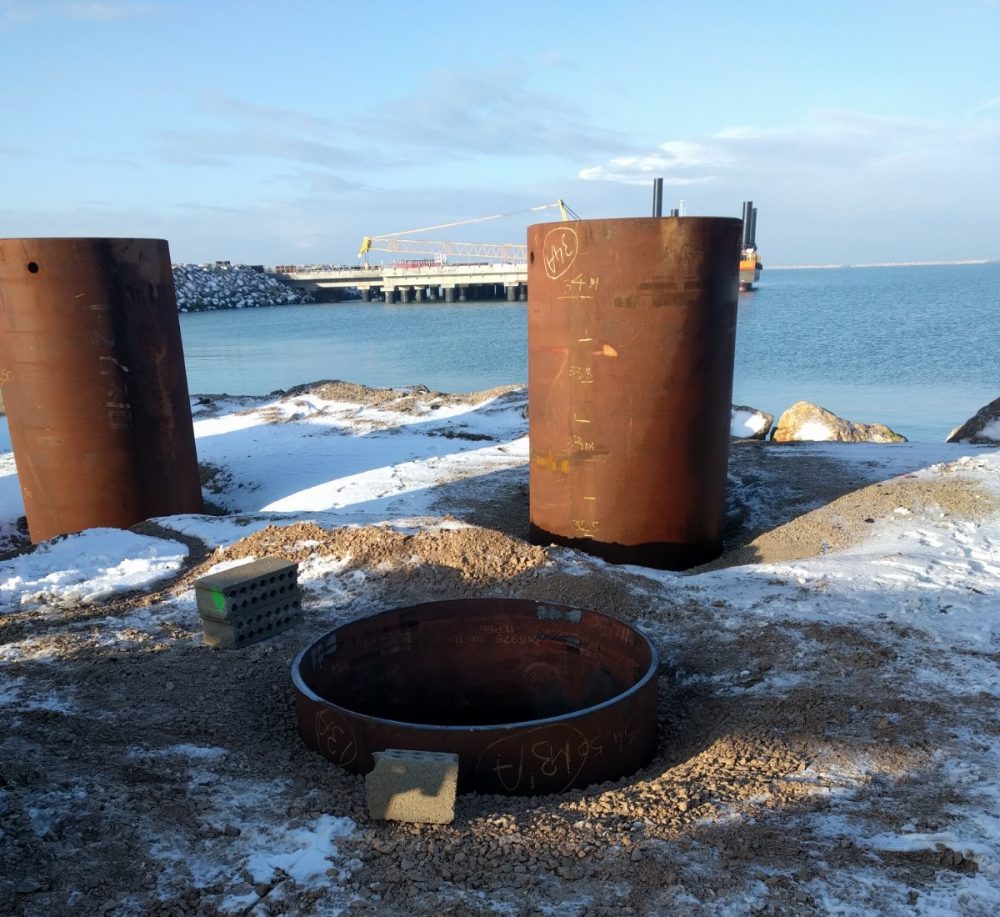